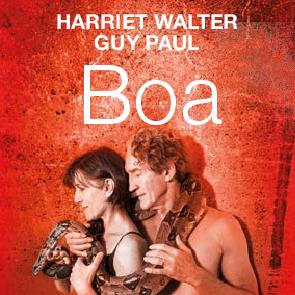 ★★★★ “Rarely have I seen two actors perform with greater delicacy, lightness of touch, and mutual consideration: they are simply a joy to watch. It is a performance – and a play – that stirs both the mind and the heart; catch it while you have the chance.”- The Telegraph

“Genius casting …… A trip to the Trafalgar Studio 2 over the next month may well leave you with a deep feeling of melancholia but to witness the chemistry between Walter’s Boa and Paul’s Louis it’s entirely worth it.” – Official London Theatre